Demand for small pets has skyrocketed in Russia since the beginning of the pandemic. But isolation isn’t the only driver of demand for rodents.

According to Yandex search statistics, the growth of interest in purchasing hamsters started in November 2019 and peaked in December (+41%). This may indicate that people consider hamsters a good X-mas gift. Until mid-March 2020, demand fell to the average November level and started to grow in the second half of March. May’s demand surpassed December’s, and by July, search engine requests for hamsters had declined, but remained above average.

Requests for hamster accessories show a different dynamic. In particular, in January 2020, hamster cages were searched for 30% more often than last year. Probably, the new owners of ‘X-mas hamsters’ decided to get their pets settled.

Inquiries for cages have been growing again since mid-March, peaking in mid-May and remaining high in June and July — 25–30% higher than the 2019 average. The same dynamics is shown by requests for other accessories and bedding for hamsters. But by July, there is a decrease in interest.

An overall level of hamster food requests increased by about 42% compared to 2019. But in absolute numbers, the interest in food is much lower than the interest in buying live pets and accessories for them. Probably, consumers still prefer to buy food offline in a specialty store, where they can get a consultation by a specialist, or in a supermarket together with human products.

Incredible online-demand for rats was recorded in the end of 2019, which was probably due to the upcoming 2020 year of the Rat by Chinese calendar. Inquiries started to grow in September, increased by 50% by November, and jumped by another 76% by the end of 2019.

By March, the interest had declined and reached the level of November 2019, and by mid-May (during the self-isolation) it had risen again by 62%.

The rabbits are the champions in our rank in terms of the number of requests.

The boom in requests at the end of 2018 and 2019 is most probably due to the fact that decorative rabbits are a very popular X-mas gift.

The dynamics of requests in 2020 generally follows the trend for all small mammals: from March to May we observed an increase of 17%, and then later a decrease of 22%.

The dynamics of requests is similar to the trend for all small mammals.

Requests for guinea pigs food began to grow in March 2020, peaked in mid-April (+28%), then decreased. However, in May–July, the level of requests remained about 17% higher than the average for the previous year.

In guinea pigs food category Little One and Versele Laga were most often searched for. Degu food showed growth in February, reaching its peak (+65%) in April and falling to the February index by July.

Guinea pig cages have been actively searched since mid-March with a peak in May of +74%. Note that there were many times more requests for cages than for food. People were also interested in the size of a cage, “what a guinea pig cage should contain”, “diy cage”. Most often, they look for Ferplast cages.

Statistics of interest in chinchillas are somewhat out of the general “pandemic” trend — interest in these pets woke up a little later. By year, the number of requests are distributed randomly: in March 2020, there was a decrease, then a peak in May (+37%, in absolute terms it is twice as high as last year).

Food for chinchillas also does not quite correspond to the general trend. Since March, requests have increased by 23%, then slightly decreased and reached a peak by August again (+28% compared to the beginning of March, +4% to May). But compared to the 2019 average, the increase in requests was 51%!

Demand for cages jumped from mid-March to June by almost 60%. Then it fell slightly — by 17% at the end of July. It seems that during the period of self-isolation, many Russians purchased chinchillas and searched for cages for them. As it is in other categories, requests for chinchilla cages are twice as many as for food. 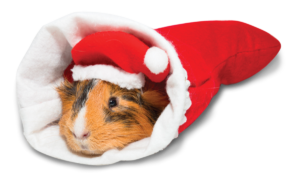 The first wave can be called traditional – it began in December and is associated with the fact that rodents and rabbits were purchased as X-mas gifts. Unfortunately, it means that it is not always a conscious purchase.

The second wave was caused by self-isolation.

Increase in demand for rodents expectedly immediately caused interest in accessories and food for them.

For almost all animal species, statistics paint an interesting picture: requests for cages are many times more than for food. Apparently, the choice of food does not cause many questions for the owners, they don’t search for it online but just buy in a regular store.

On average, the segment of small mammal products in the store’s sales share is about 4 to 7%. Our mini-survey conducted among retailers and online stores showed that small mammal food sales grew by 20 to 60% this year compared to the same period in 2019. Growth in the category of accessories and bedding is 37 to 50%. 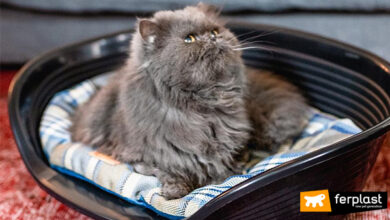 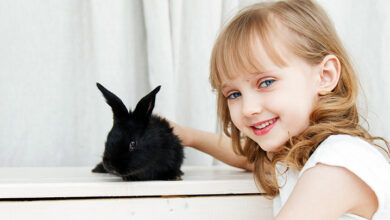